“…the entire TRUP site itself could be regarded as being of outstanding historical, symbolic scenic and amenity value…” (Heritage Baseline Study for the TRUP, 2017)

Heritage is a deceptively simple idea, with heritage resources being both tangible, and intangible. There are different types of heritage, including natural heritage (geographical areas, or natural resources) and cultural heritage. Cultural heritage is informed by things that are symbolic of the creativity and livelihoods of different people groups (such as cave dwellings, buildings, sculptures and paintings), and practices and traditions (such as oral traditions and indigenous knowledge systems) that are passed on from generation to generation.

Heritage has a key role to play in informing the development of the TRUP. END_OF_DOCUMENT_TOKEN_TO_BE_REPLACED

Staff from the Village Todds Pre-primary School in Maitland Garden Village took the opportunity during September to visit the South African Astronomical Observatory (SAAO) and observe the large and striking flowers of this winter-flowering bulb. 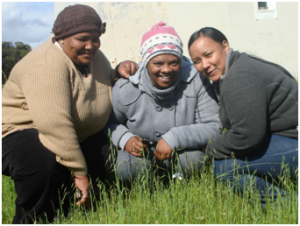 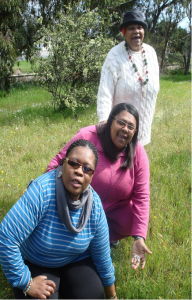 The principal, Carol Booysen, and her team, are passionate about teaching children from a young age about nature. They are familiar with this “peacock iris”, as students from the UCT IES Abroad programme recently developed a mural and lesson plans for their school, illustrating this Moraea, (along with the western leopard toad, and the Cape Monarch Butterfly). This was however the first time any of the teachers had seen the peacock iris living in the wild, and right on their doorstep.

Moraea aristata flowers for approximately three weeks in September, and walking tours can be arranged through the SAAO over this period. 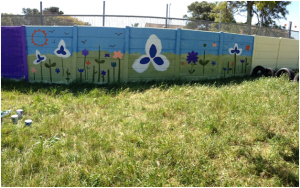 A group consisting mainly of  residents of the South African Astronomical Observatory spent an hour on Saturday morning cleaning up the path from Observatory to the pedestrian bridge over the Black River, between the Observatory and Valkenberg Hospital. They filled a dozen bags of rubbish and recyclables plus half a wheelie bin of broken glass. With the help of their local conservationist James Cooper they anticipate that any remaining wood, which might be attractive for making campfires, will be removed in the near future.

We hope that this will begin to make this area safer for the general public.